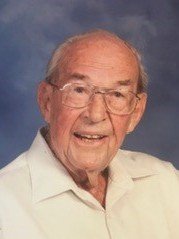 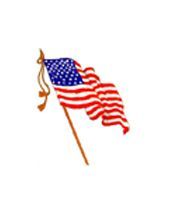 A World War II veteran, William R. Coon died in Bellevue, Nebraska, on May 19th, just two weeks short of his 101st birthday. His entire family and many friends had gathered to celebrate his 100th birthday a year ago, a joyful and memorable occasion.

Born and raised in Pomona, California, Bill achieved Eagle Scout rank before graduating from Occidental College in 1941. He went on to Harvard Business School but interrupted his studies to enlist in the U.S. Army Air Corps in 1942. Bill served in the Air Force for 30 years, attaining the rank of Colonel. He had two tours of duty at Offutt Air Force Base and retired in Bellevue in 1972. Following his Air Force career, Bill worked at the Farm Credit Bank and taught college business courses.

Bill was a member of First Presbyterian Church of Bellevue, serving many years as a deacon. He enjoyed playing golf, hitting a hole-in-one at the 7th hole at Fontenelle Hills Golf Club on July 4, 1994. He was a Base champion squash player. He also enjoyed outdoor sports including fishing and hunting, often supplying the family dinner table with his catch.

Bill met his future wife Lois at a USO dance during the war; they later married in 1946. Lois died in 2013 after 67 years of marriage. Bill is survived by four daughters and sons-in-law: Marilyn and Roland Stocke of Sonoma, California; Madelyn and Bill Zelenka of Prineville, Oregon; Barbara and Marty Herrmann of Maple Grove, Minnesota; and Janet and Stan Beckstead of Bellevue, Nebraska. He is also survived by four grandchildren and four great-grandchildren.

A celebration of life will be held at a later date.