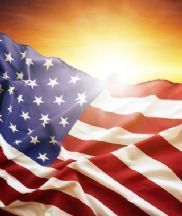 Billy was born in Shawnee, Oklahoma to the late Billy & Nila Musick. He graduated from Putnam City West High School, attended the University of Oklahoma, and most recently was a student at Metro College – Institute for the Culinary Arts.
Billy enlisted in the Air Force in 1996 where he maintained the Minute Man III ICBMs electronic systems as a part of the 90th Missile Wing at F.E. Warren AFB, Cheyenne, Wyoming. He then cross-trained to become a communications flyer and served in the 65th Airlift Squadron at Hickam AFB, Honolulu, Hawaii and then finished his twenty-year career with the 1st Airborne Command and Control Squadron at Offutt AFB, Bellevue, Nebraska.
Billy had many passions during his life and put his heart and soul into all of them. A long-time motorcyclist, he set out on a quest to ride in all 50 states and reach the Arctic Circle, which he accomplished by August 2011. He documented all his adventures and loved creating movies for the world to watch on YouTube.
Off the bike, he was a self-proclaimed Star Wars geek and enjoyed the 2015 Star Wars Celebration in California with his son, Brecken. He also found a new love for cooking and had started on a second career path to becoming a chef.
Billy leaves an imprint on this world filled with laughter and love and will be deeply missed by his friends, family, and all who knew him.
Billy is survived by wife Bridget; son Brecken; sister Melanie; father & mother-in-law Robert & Betty Atkins; sister-in-law Elizabeth Hardman & husband David and preceded in death by parents Billy & Nila Musick; sister Robin Free.