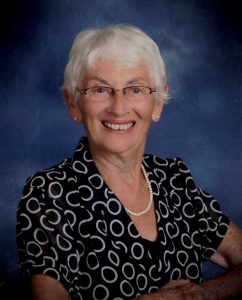 Sheila met Allen in England, fell in love, and married on February 27, 1965. They lived in Greece, Japan, Germany, and the United States as well as England. She became a U. S. citizen in 2003, and she was a 35-year volunteer at Midlands Hospital where she volunteered yearly for the Midlands fruit cake fundraiser. She was also a longtime member of St. James United Methodist Church.

Sheila loved her children, grandchildren and great-grandchilden. She also loved nature, the arts and all things “English Royals”.