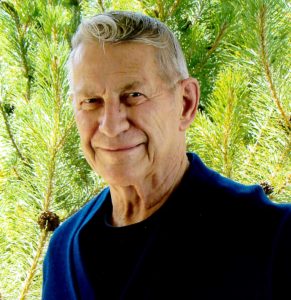 Robert Jack “Bob” Guy passed away peacefully on November 16 in Nebraska. Bob was born January  19, 1930 in Helena, MT. He was the second son of Arthur and Evelyn Guy.

He is survived by his son, Robert (Debbra) and daughter Bonnie (Terry): granddaughters Larissa and Jessica (Michael); great grandchildren Zoey and Jackson. He was one of 6 children: 2 brothers and 3 sisters, he is survived by one remaining sister Fran.

He served  in the U.S. Air Force during the Korean War and was stationed in Guam flying supply missions on C47s. He was honorably discharged on June 22, 1951.

He then was employed by the Great Northern Railroad in Havre and Great Falls, MT.

He had many hobbies including clock making, woodworking and antique restoration and excelled in all that he endeavored.

He enjoyed many years of hiking and fishing with his son and brothers and was an avid outdoorsman.

He was greatly loved and will be missed by many.