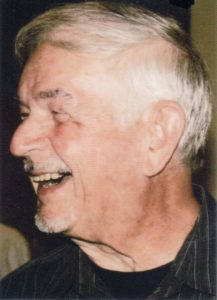 Pete was born in Cokato, Minnesota to his parents Chester and Edna (Juntilla) Ogaard.  He graduated from high school in Appleton, Wisconsin.

Pete served 20 years in the United States Air Force mostly in airborne intelligence fields flying over 300 combat support missions during the Vietnam War aboard RC130 and RC135 Comfy Echo, Commando Lance and Combat Apple. He did so mostly as the Airborne Mission Supervisor earning the Meritorious Service Medal and the Air Medal with 15 Oak Leaf Clusters, and retired as a Master Sergeant in 1975.

His second career was in insurance and investment services from 1975 until 2008 in the Mutual of Omaha Bellevue office as an agent and later as the Sales Manager.  Pete achieved the Chartered Life Underwriter and Chartered Financial Consultant designations.

He was a Life member of the Veterans of Foreign Wars and won the VFW Nebraska State Golf Championship three times. Peter was a member of the American Contract Bridge League (Bronze Life Master), the Air Force Security Service Freedom Through Vigilance Association, and the Prop Wash Gang / https://sw.propwashgang.org/.

Preceded in death by wife of 33 years Akemi (who passed away in 1998); sisters Lois Franz and Marlys (Dave) Borchardt.

At the wishes of Pete, there will be no services.  Memorials suggested to the Boys and Girls Clubs of Omaha / www.bgcomaha.org.

Best wishes for a full and happy life to all from Pete.