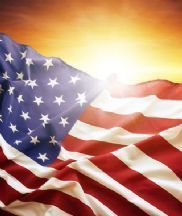 Jim passed peacefully with his loving wife of 66 years, Kathy, by his side. He grew up in North Platte and joined the Air Force shortly after graduation. He was sent to London on assignment where he fell in love with Kathy and the Brits. After his military service ended, he decided to stay in England to start a family. Eventually, he moved the family back stateside where he worked in Finance in several cities in the Midwest. Jim chose to return to his roots and move back to Nebraska where he retired. He was an avid fisherman, baseball coach, Husker fan and distance runner, competing well into his seventies. Jim will be dearly missed by his loving family, his friends at Heritage Ridge, and his old running buddies.

Jim’s life will be celebrated in a private family service. In lieu of flowers, memorials are suggested to Fontenelle Forest or Columban Fathers, Bellevue.