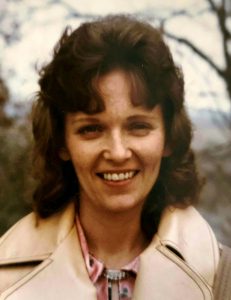 She attended Omaha South High School, class of 1964. Following graduation, she married George R. Cranford; they were married for 30 years. She enjoyed Husker football, fishing, camping, and spending time with family and all her canine companions that she cherished throughout her life.

Preceded in death by her parents, brothers Ronald, Rodger, and Steven, and sister Barbara.

In lieu of flowers, memorials suggested to the American Lung Association, https://www.lung.org/

The family of Gloria wishes to thank all her friends and family for their thoughtful wishes and support.