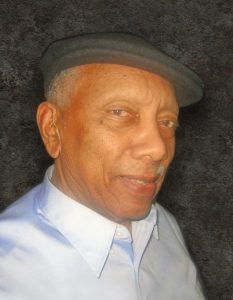 Gerardo Guy Campbell, MSgt USAF (Ret) was born December 30, 1932 in Panama City, Panama. He went home to be with our Savior on Wednesday, May 20, 2020. A resident of Bellevue, Nebraska for over 48 years, Gerardo was 87 years old when he died.

As a young man, Gerardo was introduced to golf where he became a caddy and an avid golfer. Becoming a golf enthusiast, he played well into his 70’s.  Also in his youth, Gerardo took piano lessons and three years of nightly typing lessons becoming a highly proficient typist.

After graduation from the Instituto Nacional, Gerardo left Panama for San Francisco where he attended Heald Engineering College to study radio-television technology. After exhausting his funds, Gerardo returned to Panama marrying Olga, his sweetheart of 6 years.

Having been exposed to the vast opportunities provided by the US, Gerardo was eager to return. He successfully reentered the US as a permanent resident in January 1958. Shortly after his return he enlisted into the Air Force where he served 20 years. During his military service he was assigned to Sioux City Air Base (AB), Iowa; Lincoln Air Force Base (AFB), Nebraska; March AFB, California; Da Nang AB, South Vietnam, Minot AFB, North Dakota and Offutt AFB, Nebraska. He retired from the Air Force in 1979.

Following his Air Force retirement Gerardo went to work for Union Pacific where he worked primarily as an accountant until his second retirement in the early 90’s.

Never losing touch with his Latin roots, Gerardo was a long-time member and club officer of the Club Borinquen. A social club for people of Puerto Rican and Central American heritage.

Gerardo was an active member of the Knights of Columbus participating in many of their Annual International Golf Tournaments. He was also a member of the local chapter of the Veterans of Foreign Wars.

Gerardo was preceded in death by his parents Ezekiel and Rowena Campbell. Gerardo was the middle of three brothers. His other two brothers: Orlando Edwards and Norton Campbell preceded him in death. Gerardo is survived by his wife of over 62 years, Olga C. Campbell (Belgrave). His other survivors include two sons Gerardo O. and Gregory A. Campbell. Gerardo has three grandsons: Antonio, Nathaniel, and Daniel. Gerardo also has two nephews, two nieces and several relatives residing in Panama, Jamaica, Canada, England, and the United States.

Memorial Service will be held at Bellevue Memorial Funeral Chapel, 2202 Hancock Street at 1 pm on Thursday, 28 May with viewing from 11 am to 1 pm. He will be buried at Bellevue Cemetery later that afternoon.

The family requests in lieu of sending flowers, please make a charitable donation to the Alzheimer’s Association (alz.org).

For video of the Funeral Service, click the link below.