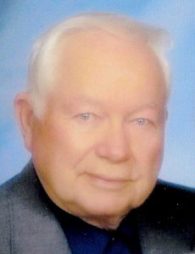 Elvan Mathia was a caring husband, father, grandfather, brother, uncle, and friend. He left the world to be with Jesus on June 19, 2022, at the age of 91.

Elvan was a loving and hardworking man who made it a priority to serve others. It was a challenge to out give Elvan’s generosity. He is known for his quick wit and helping hands. He served for over eight years in the U.S. Army National Guard earning the leadership rank of Master Sergeant. Professionally, he retired from the Union Pacific Railroad after a 40+ year career only to keep serving people alongside his beloved brother Doyle in Grove, Oklahoma.

Elvan deeply loved his family, cooking a tasty meal, gardening, cracking a good joke, fishing, and playing the harmonica for family, friends, and all who would listen.

A celebration of life service will be held in Omaha, Nebraska at the Presbyterian Church of the Cross, 11517 South 114th Street Omaha, Nebraska 68144 on July 2nd, 2022, at 11 A.M. In lieu of flowers, memorial donations may be made in Elvan’s name to the Shriners Children’s Hospitals or JDRF Type 1 Diabetes Research Funding and Advocacy.