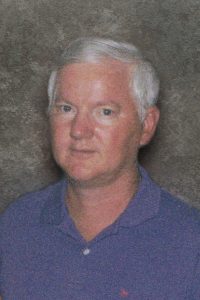 Douglas Wayne Yenzer was raised on a farm. He baled hay, drove tractors, raised sheep for 4H, and could fix anything. In August of 1967 he joined the Navy so he could see the world and get the GI bill to attend Kansas State University.

Doug graduated from KSU in 1974 with a BS in Business Administration, Accounting. He started working at Arthur Young as an audit manager in 1974. In 1978 he earned his CPA license. In December 1980, he started working at Catholic Mutual Group of Omaha as Director of Finance and Administration and was promoted to Vice President-Finance until his retirement in December of 2010. He was President of IASA from 2003-2004. During his 10 great years in retirement, he loved processing claims for Catholic Mutual Group and operated a private tax practice. He was a detail-oriented, meticulous worker with a great work ethic who loved numbers, accounting, and the stock market.

Doug always had a generous and charitable nature and loved doing nice things to help other people. He was very personable and could spark up a conversation with anyone. He always rooted for Kansas State football. He enjoyed golfing and got a hole-in-one at Platteview Country Club on hole #14 at 161 yards with a 6 iron on April 21, 2005. In his younger years he was a regular runner and even summited Pikes Peak twice. He participated in RAGBRAI five times. He loved antiquing, collecting postcards, traveling, driving his mini cooper, and making deliveries to the food pantry, safe haven and shelter.

Doug was very family oriented. He met Karis Anne Castrale while stationed overseas in Germany and on August 14, 1971, they married at St. Mary’s in Bellevue, Nebraska. They were married for 49 years. They have three sons – Derek born in 1973, David born in 1976, and Jeffery born in 1980. The boys were fortunate enough to travel along with him on many of his IASA conferences around the U.S. When he was President, he cleverly maneuvered a plan so the boys could play on stage with the entertainer that year, Jim Belushi and The Sacred Hearts.

He was super close and had a great love for all of his grandchildren. Dax (6), Parker (4), Kennison (3 ½), and Emmerson (1) all held a special place in his heart. His eyes would beam as he shared photos of them with friends. Curious George was a favorite. Parker looked forward to Papa Doug time watching Curious George with him. She has an ABC Omaha book she made with him to always cherish. Dax was very close with Gpa Yenzer. All the grandchildren always looked forward to his visits. He would plop down on the floor with them and interact for hours.

Doug was an honorable, loving, respectable man. He will always hold a special place in numerous people’s hearts.  He will never be forgotten and is shining down on us from heaven.

Preceded in death by his parents Calvin and Dorothy Yenzer and son Derek Yenzer.

Click the link below to view video of the Rosary:

Click the link below to view video of the Funeral Service:

In lieu of flowers, memorials suggested to family for future designation.