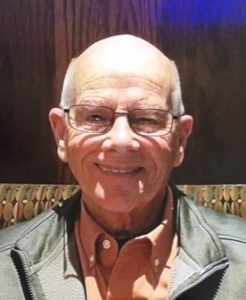 Dean King, 81, of Ottumwa, passed away Friday, August 16, 2019, in Bellevue, NE, under Hospice care. He was born December 22, 1937, in Boone, Iowa, to Ralph and Ada King. He was one of nine children. Dean married Marilyn Jean Johnson on August 5, 1962, and she preceded him in death on August 26, 2016. He graduated from United Community High School and served in the U.S. Army for three years. He received his B.S. and M.S. degrees from Iowa State University. Dean enjoyed a 30 year career with Iowa State University Extension Service. He then “retired” to pursue his true love of working with his hands as the owner of Varied Interests. “I retired at 55 and haven’t missed a day of work since.”

A memorial service will be held at 11 a.m. Saturday, September 28, 2019, at First Lutheran Church in Ottumwa with Rev. Mark Johnson officiating. Inurnment will be at a later date in Linwood Park Cemetery in Boone. A time for friends to greet family will be held from 10 a.m. to 11 a.m. prior to the service. In lieu of flowers, memorials may be given to First Lutheran Church, Iowa 4-H Foundation, or the National Pancreatic Cancer Foundation. Reece Funeral Home is in charge of arrangements.