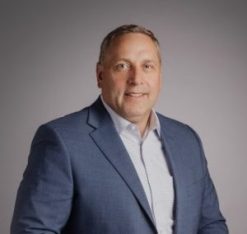 Dan was born in Schuyler, NE the second youngest of 8 siblings and was raised on the family farm in Clarkson, NE. He attended the University of Nebraska – Lincoln where he earned a football scholarship as an outside linebacker, lettering 3 times, and was a member of Lambda Chi Alpha.

After college, he pursued a career in banking rising to Senior Vice President at Union Bank & Trust.  A man of deep faith in Christ, Dan tirelessly served others including his wife, children, family, friends, co-workers and anyone in need. He will be missed by many.

To view the video of the funeral service, please click the link below.

Memorials suggested to Bright Hope at brighthope.org using the “Memorial or Honorarium Donations” option and dedicating to Dan Svehla’s memory in support of his mission work in Cuba.

Those attending are encouraged to wear Husker red or black for the Blackshirts to honor our favorite Husker blackshirt #87, Dan Svehla.