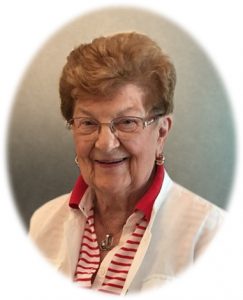 Patricia was born and raised on a farm in Sisseton, South Dakota.  This is where she met and married her high school sweetheart, Ron Quist.  She carried her dedication and drive over to South Dakota State University where she received her degree.  If it weren’t for the times, she would have most likely become a doctor as she loved science. Her talents led her to be an educator.  She helped shape many lives at Logan Fontenelle over a 30 year time span.  No child was left behind.  This carried through to motherhood where she guided her children to know right from wrong.  She had a very strong moral compass.  Her life was not without tragedy for she lost her first born, Sherice, to ovarian cancer.  Although it was not easy, she persevered with the Lord’s help. She loved spending time sewing, shopping and watching her Huskers play, but her true joy was becoming a grandmother to Jack, Taylor and Nicholas. She was a strong, devoted Christian.

In lieu of flowers, memorials suggested to the American Cancer Society.